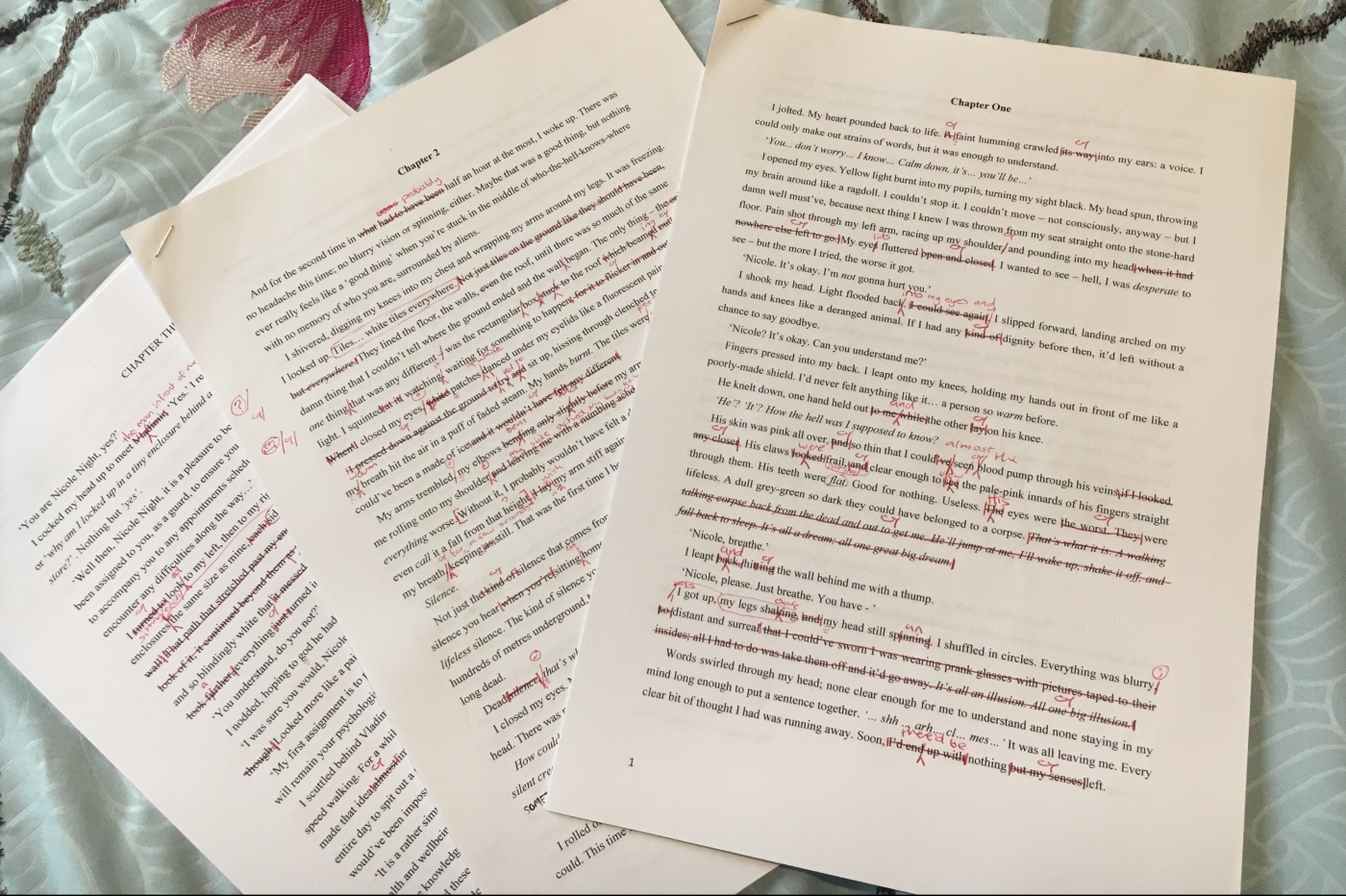 As a newbie editor, I’ve come across my fair share of errors and faults in writing. Usually, when I pick up a piece of writing, I’m on the look out for grammatical errors: spelling mistakes or words used in the wrong context. Sometimes I’ll pull up on a sentence that could be structured differently to make it easier to read, or a paragraph that doesn’t make much sense within the story. But there’s something I’ve been coming across recently that’s been bugging me a lot, something that I just can’t help but notice in most of the first-drafts I read, a little something called the ‘Epidemic of Showing AND Telling’.

What Does ‘Show DON’T Tell’ Mean?

Well, to put it straight, it means that instead of simply telling the audience something that’s occurring in your story, you describe it. That might be describing the actual events, or it could mean describing the effects of the events. Lets start with this basic example:

Sure, this sentence does the job. Anybody who reads it is going to know immediately how Sarah feels, but it’s vague. Simply telling readers how a character feels probably isn’t going to resonate with them. It’s a ‘blank statement’; something people read and attach virtually no feeling to, akin to reading a fact. So how can you make it resonate? Show!

‘Sarah’s legs began to tremor. A tingling sensation crawled up her spine.’

Again, it’s short, but rather than telling readers exactly how the character ‘Sarah’ feels, readers are asked to work it out for themselves. It adds an element of trust between the reader and the author; the author trusting in the reader to put two and two together rather than spoon-feeding them everything, and the reader trusting the author to put together a description comprehensively enough for them to be able to put two and two together. Although both examples mean the same thing, one tells the reader what the character feels, and the other allows the reader to connect to the character through a description of feelings that they too have probably experienced before and can therefore relate to. And, as every author knows, relatability is everything.

What is ‘Showing AND Telling’?

To be fair, there is a lot more ‘showing’ these days than there used to be. Ever since the ‘show don’t tell’ phrase got attention, people have been taking notice and adapting their writing to fit the rule. However, although people have started to take the ‘showing’ aspect into account, there’s been quite a few that haven’t wrapped their head around the ‘don’t tell’ part of the phrase. Instead of just showing, they’re both showing AND telling. Here’s our example again, this time showing AND telling:

‘Sarah was afraid. Her legs began to tremor and a tingling sensation crawled up her spine.’

It doesn’t take a genius to see the author’s lack of trust on this piece. They’re showing the reader that the character of Sarah is afraid, but they add the ‘telling’ in fear the reader won’t get the picture. As pretty much any reader will notice, it’s not necessary. Everyone knows what it feels like to be afraid. Readers know that wobbly knees and a tingle along the spine mean fear and, with the context of the story’s events added in, it doubles the reader’s awareness. They know what your describing, so there’s no need to tell them.

So, how exactly does an author cure the ‘Showing AND Telling’ epidemic? Well, it’s pretty easy: if you find yourself using both, get rid of one. Sure, telling is still an important part of writing. There will be times when telling is necessary for your story, but for the most part, showing should always take priority, especially when it comes to vital emotionally-driven scenes (which should be a pretty big majority of your writing if your novel is fiction). If telling is necessary, such as in a fast-paced fight scene, make sure you aren’t including any long, droning descriptions or ‘showing’ that might slow down the scene’s pace.

The best way to deal with the issue is to look at each event, page or paragraph, and look at how certain elements are described. If there’s a ‘show’ and a ‘tell’ describing the same element of the story and the ‘show’ suits the story’s pace, get rid of the ‘tell’. Not only will it make your story ten times less demanding to read, but it’ll cut down your word-count, too.

Last but not least, if you’re still not sure, consult a beta reader, editor, or (come on, you saw this coming), myself. Using the ‘contact me’ page, any author who’s still confused can send a message through requesting a free five-page trial edit on their writing, meaning I can pick up on all those ‘showing and telling’ moments and give some advice on how to fix it up.