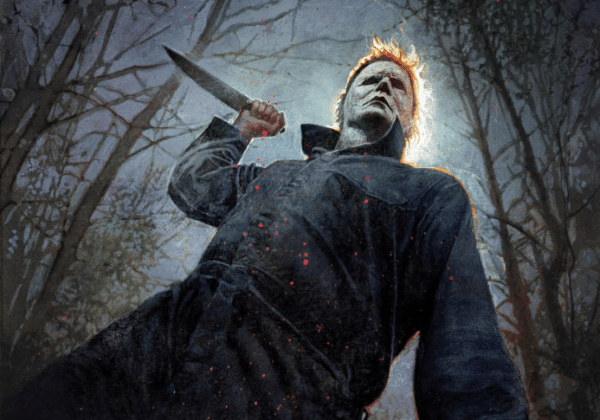 I’ve got to admit, I wasn’t really the biggest fan of the ‘Halloween’ franchise before seeing this movie. Watching a ton of classic horror movies was something I’d always wanted to do, but I just never got around to actually sitting down and watching them. It wasn’t until I saw the trailer for David Gordon Green’s 2018 Halloween that I decided it was time to bite the bullet and watch the original John Carpenter classic. Don’t get me wrong, it was a good film – the story was fantastic and Michael Myers was just as iconic a villain as I wanted him to be – but as somebody who was born about twenty years after its release, it just didn’t hit me the way it hit people who grew up with the franchise. So I guess you could say my expectations weren’t all that high. I was excited to see it, sure, but I wasn’t putting all my hopes and dreams in it.

But, believe it or not, this film pleasantly surprised me. Sure, it definitely had its faults. There were a few plot inconsistencies, a couple of useless characters – who you know are going to end up brutally murdered from the moment they’re introduced – and a ton of cliche plot devices that are more predictable than your cat biting you when you pet its stomach (I mean, come on, it’s practically a death wish). Some of the throw-backs to the original were a little overbearing and a few of the choices characters made were enough to make you either roll your eyes or scream at the screen. But, oddly enough, no matter how many flaws this film had, it still worked.

Jamie Lee Curtis once again was a work of art as the hardened survivor of the original Halloween, Laurie Strode. With combat skills, a recently acquired taste for vengeance, and a spooky knowledge of Michael Myers’ ways, Laurie transforms from iconic scream queen to Myers’ worse nightmare. However, with an edge of fear and intensive preparation, Laurie’s not just your average horror-movie-warrior, reminding us of the terrified origins of poor, innocent Laurie Strode in the original John Carpenter feature.

And Michael Myers? He’s… well… Michael Myers. The horrifying killer eerily mimics his 1978 self, throwing audiences back into the good old days of dead eyes, silence and an impossible sense of immortality ‘the boogieman’ was always known for being. With a mask reminiscent of the first – the good old ravished William Shatner mask – everything audiences loved from the first is completely replicated into this new and brilliantly frightening film.

Sure, it might not be a masterpiece, but 2018’s Halloween is the most fun you’ll have in a horror movie this year. It’s unrealistic, it’s completely cliched, but more importantly, it’s a cat-and-mouse slasher that will keep you on the edge of your feet until the credits roll.